Which Foods are Bad (or Good) If You Experience Joint Pain?

There can be a lot of contributors to joint pain, and if you experience chronic or reoccurring episodes you should consult with your doctor.  Your primary care physician may refer you to a joint pain specialist, typically a rheumatologist or an orthopedist.

There are also dietary changes that my help you, as well as foods in your current diet that may be contributing to the problem. Let’s deal with the bad foods first.

6 foods to avoid if you’re a joint pain sufferer

SALT. We’ve all heard various versions of the phrase “to rub salt in an open wound.” It’s the same premise with too much salt intake. Think of salt the same way you think of dirt in an engine, it clogs, it wears, and moving parts tend to wear out. Nearly all of us get too much salt as a result of the processed food world in which we live.  You can’t avoid it but you can certainly take steps to reduce it.

DAIRY. If you can’t eliminate dairy from your diet, or choose not to, at least look for lower fat options. Dairy is known to cause inflammation and the main culprit is believed to be its acidic content linked to animal fat.

GLUTEN. It’s a protein found in wheat, barley and rye. For someone with celiac disease it leads to a number of issues, including joint pain. Your doctor can administer a simple blood test to determine if you’re a celiac. Even if you don’t test positive for celiac disease, you may be gluten-sensitive. If unsure, phase out gluten for a month or more to see how you feel. Check labels carefully, gluten hides in a lot of unsuspecting foods.

SUGAR. Sugar itself can have a direct negative effect on arthritic pain. To make matters worse it commonly leads to weight gain or retention, and excess weight places additional stress on your joints.

CORN, SOYBEAN AND SUNFLOWER OILS. These plant-based oils all contain significant levels of omega-6 fatty acids.  We’ve heard positive things about omega-3 fatty acids, but what about the biological effects of omega-6 fatty acids?  Well, the omega-6 fatty acids are needed too, however modern Western diets typically have ratios of omega-6 to omega-3 in excess of 10 to 1 and average above 15 to 1. Most experts believe the ratio is healthiest at 4 to 1 or even as low 1 to 1.  So in addition to keeping those omega-3’s up there, watch out for too much omega-6.

SHRIMP/LOBSTER/SCALLOPS & OTHER SHELLFISH. These are all high-purine foods, which lead to production of uric acid as they break down.  Uric acid forms ions and salts known as urates.  These urate crystals accumulate in your joints, causing inflammation and often intense pain.  Gout is a commonly diagnosed condition, and yes, gout is a form of inflammatory arthritis.

Enough of the bad stuff, all our lives we’re told to avoid this, avoid that, reduce this, reduce that.  But what’s good for us? What tasty foods can we enjoy while helping avoid, reduce or possibly eliminate significant joint pain?

6 good foods in the fight against joint pain

FISH. Yes, there is a big difference between fatty fish and shellfish. The fatty fish are the ones with all the omega-3 fatty acids.  Mackerel, tuna, lake trout and salmon are on the higher end of the scale, while perch, flounder and swordfish provide lower amounts.  Pollock, halibut and rainbow/brook trout fall somewhere in the middle.  Virtually any of them will do your joints more good than red meat. Oh yeah, they also contain decent amounts of Vitamin D, which promotes bone density, immune function, and reduces inflammation. 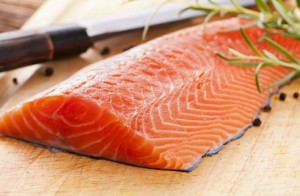 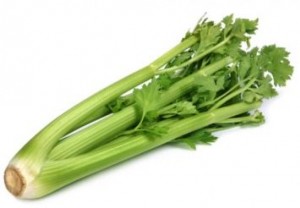 CELERY. Name a tasty veggie treat with only 6 calories per stalk, and with powerful health benefits? Yep, you got it – celery!  Loaded with vitamin K and silicon, it nourishes healthy joints and connective tissue.  Here’s a new recipe that you may not have tried — mash it up, including the celeriac bulb (root) as a tasty alternative to mashed potatoes.

NUTS & SEEDS. They are rich with the antioxidant vitamin E, which protects the cellular health of your joints and may prevent or reduce joint pain. You’ll also be consuming anti-inflammatory omega-3 fatty acids.

STRAWBERRIES. Along with other berries, they’re loaded with anthocyanins, an anti-inflammatory that protects joint health. They’re also a good source of vitamin C, an antioxidant that boosts collagen production to help protect joints and potentially slow the onset of osteoarthritis.

BELL PEPPERS. Did you know that one medium red bell pepper has nearly twice as much vitamin C as an entire orange? And that’s not all. They contain beta-cryptoxanthin, an anti-oxidant that protects against rheumatoid arthritis. 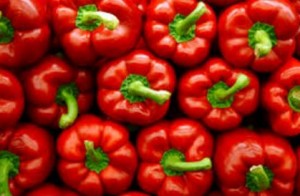 ONIONS & GARLIC. Along with other members of the odoriferous allium family, onions and garlic contain diallyl disulphide. This substance protects the cartilage in your joints from osteoarthritis. If onions are too pungent for your liking, try chives, leeks or shallots instead.

There you have it folks, happier eating for healthier joints! Hmm…now I’m really hungry.

Does your loved one need reliable non-emergency medical Transportation?

We can help. Learn More.