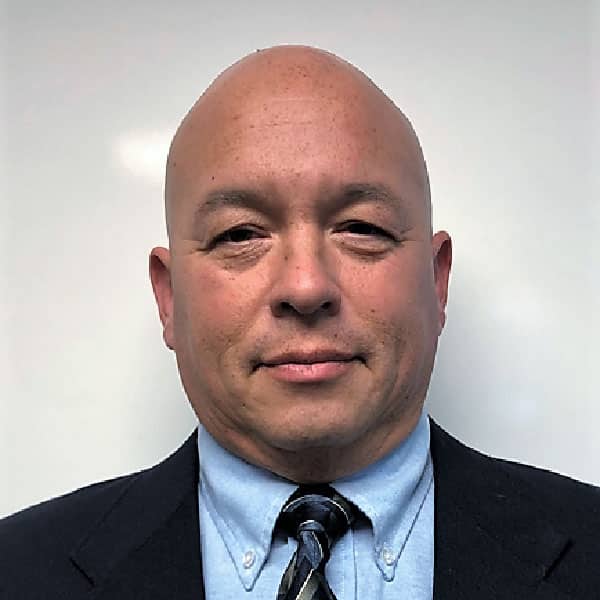 Robert “Rob” was raised in Woodbridge, Virginia, in a Federal Government / Military Family. He attended George Mason University in Fairfax Virginia. In January of 1991 he was hired by the U.S. Secret Service. He attended The Federal Law Enforcement Training Center in Glynco, Ga., and the James J. Rowley Secret Service Training Center. After he graduated, he began his carrier with The US Secret Service/UD from January 1991 to June of 2002. While in the Secret Service he was promoted to the rank of Sargent. Due to world events, He accepted a transfer to the Federal Air Marshal Service in June of 2002 until he was medically retired in August of 2015.

He’s divorced and has two beautiful girls who are grown and moved on. He lives in Maumee, Ohio with his Girlfriend, Myndi who has been an Admission/Marketing Director for various Nursing homes in the area for over 15 years. He has been involved in various Nursing Home events. Assisted in putting on Lunch and learns (CEU’s), bingo, Halloween events, Christmas Pictures, Memory Care, Glamor Shots, and social functions with hospital social workers, marketing, and admission directors.

During his career, he always strived to mentor and help those in need. He trained both officers, officials, and Agents of the Secret Service and was a team/international lead in the Federal Air Marshal Service. He was a certified EMT with advanced training in Tactical Combat Medicine, PEP, PALS, and ACLS. He used his training in various situations during his carrier. He even volunteered his time with the Monclova Fire Department to keep his skills current while an Air Marshal. He is also AHA BLS and ASHI Level 4 Instructor.

His hobbies include past Certified Indian Club/Kettlebell Instructor, Competitor with the World Kettlebell Federation 2009-2010, Competed in the Arnold Classic in 2010. He is a Board Member of Harry Hughes – who promotes youth Equestrian in Swanton, Ohio, and a member of the Ohio Horseman Council.

After he retired from the Federal Government he went into private security where he was the Area Regional Manager for Andy Frain Services, Field Training/Operation specialist with Allied Universal, and Operation Manager Continental Secret Service Bureau. With his diverse training, leadership, and experience his goal is to build our company by utilizing the best Human Resources tools available, making sure our employees are trained and supported. He will be hiring the best candidates for our company so that we can grow. 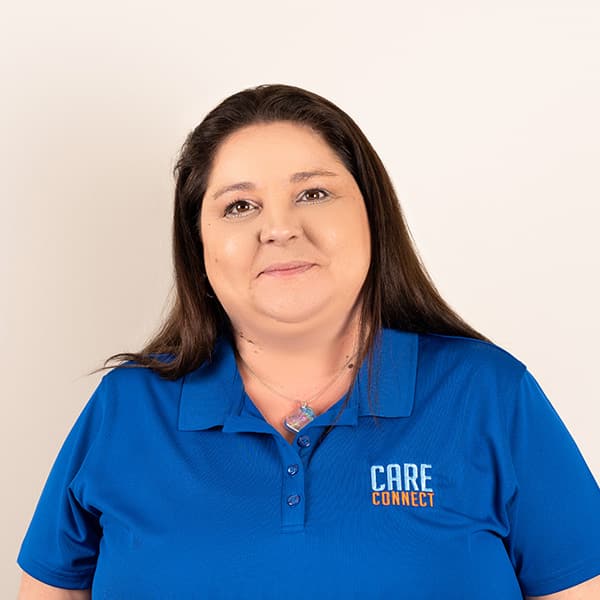 Alyson became part of our team in 2018. She worked in our office as the Lead Scheduler and Caregiver Coordinator until recently when she became the Office Manager. Alyson has over 10 years home care scheduling experience. She is also a skilled home health aide with Hoyer lift experience, gait belt training, Dementia training, and Parkinson’s training, as well as experience in all ADLs.

She has had personal experience with dementia with her grandfather. Taking care of him was one of the most rewarding times because they were able to keep him at home. This experience made her want to learn everything she could about dementia and how the help manage their ability to remain safely at home.

Alyson lives in Toledo with her husband, 20-year-old son and 2 dogs and 2 cats. She enjoys watching football on Sundays, disc golf, camping and pool. 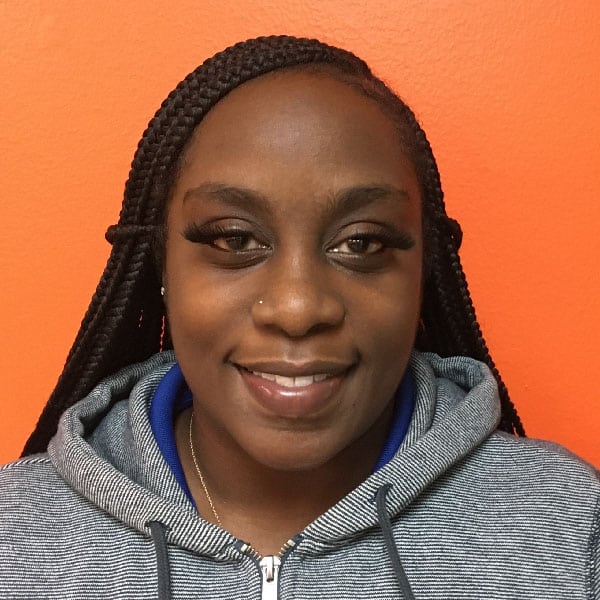 A Central Catholic alumni and PSI LPN Graduate, I began my healthcare career in 2007 working with developmentally disabled individuals. Even with transitioning to geriatric care my heart was solely set on working with DODD or pediatric clients. I spent 13 years gaining experience in many areas including caregiving, management, mentoring staff and clients, and creating different sensory programming for day habilitation.

I am very happy with the opportunity given by my Arista family to move forward and grow within. Outside of working I enjoy spending time with my family and traveling. I am looking forward to what the future holds and expanding our DODD division with Arista. “Now faith is the substance of things hoped for, the evidence of things not seen.” Hebrews 11:1 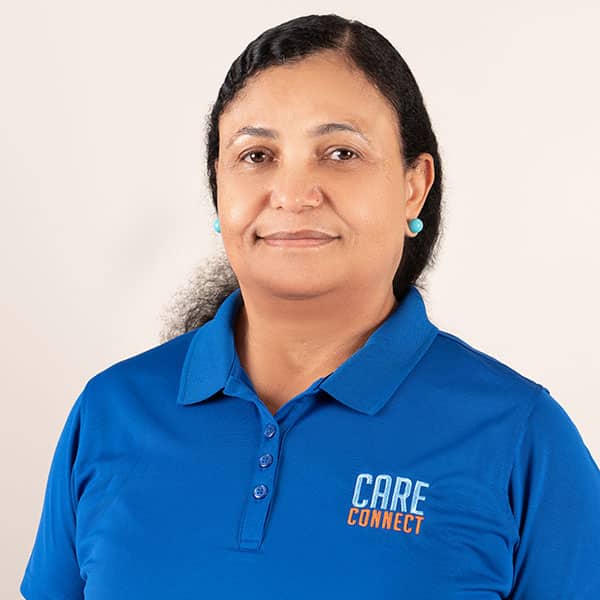 My name is Cleopatra, and I am from Liberia West Africa. I am happily married with four daughters, and two grandsons. During my extra time, I love cooking and entertaining people. I also love dogs for pets.

I migrated to America on August 21, of 2001, and started working as a DSP with the Arc of Montgomery county of Maryland and I worked until I moved to Toledo March 2003. In Toledo I continue to work as a DSP with Sunshine Children Home. I worked with Angel Health Care as an office assistant operating the Passport and human Resources departments. I worked at Alpha Home Healthcare for 12 years until they were purchased by Arista Home Care Solutions. I work as the Quality Assurance Coordinator and STNA. I also work with The University of Toledo Medical Center as a patient care tech (PCT).

After experiencing 15 years of civil war in Liberia and the September 11, 2001 Terrorist attack tragedy, I have gotten to reflect at life differently. I have come to conclude, no condition is permanent, we ought not to take life for granted. You may be rich one minute and the next poor, have a home and then find yourself homeless, independence and then dependence, healthy and then sick, with job, and then jobless. Matthew 7:12, States “So whatsoever you wish that others would do to you, do also to them”. I always put myself in the place of a sick, or helpless person, it could be me, how would I want to be treated by a caregiver, so I make sure, I treat my patients with respect, show them love and give them the best care. I am very compassionate, that is why I love caring for people. Madeline grew up in Bedford Michigan spending a lot of time around wrestling and watching her mom go through nursing school.

Madeline’s GG was a very old-fashioned Italian woman who believed “family takes care of family.” Madeline took an interest in assisting with everything she could to make her grandmother comfortable from reading the bible on Sundays to learning how to assist her to the restroom.

Throughout high school, she helped care for her great-grandparents until they passed. She continued taking an interest in the medical field, becoming a student athletic trainer for her high school football and wrestling teams.

Madeline lives in Blissfield with her three dogs. Madeline is engaged to her long-time high school sweetheart Weston who is currently on a four-year contract with the United States Navy. Madeline joins the Arista Team as a scheduler/on-call operator.